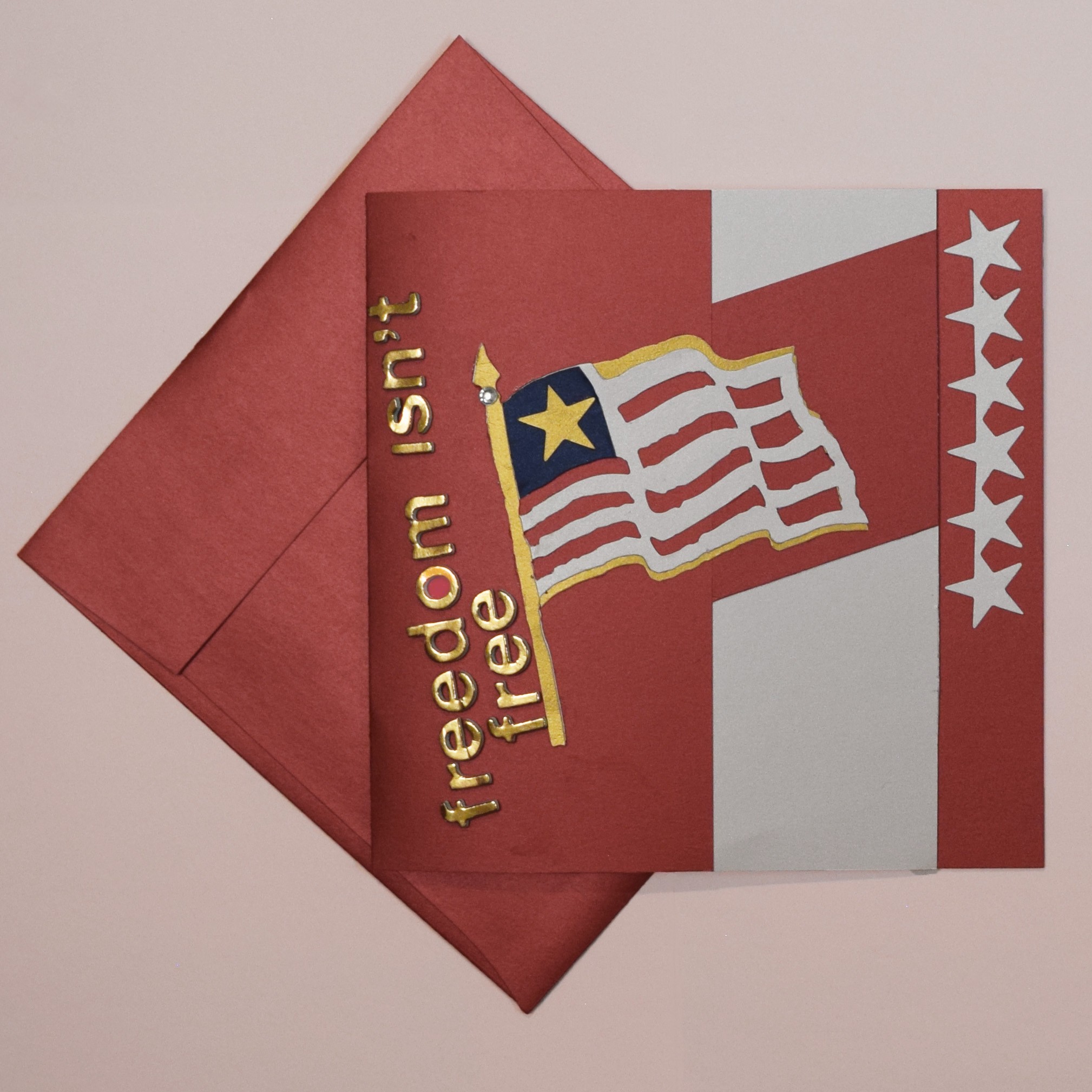 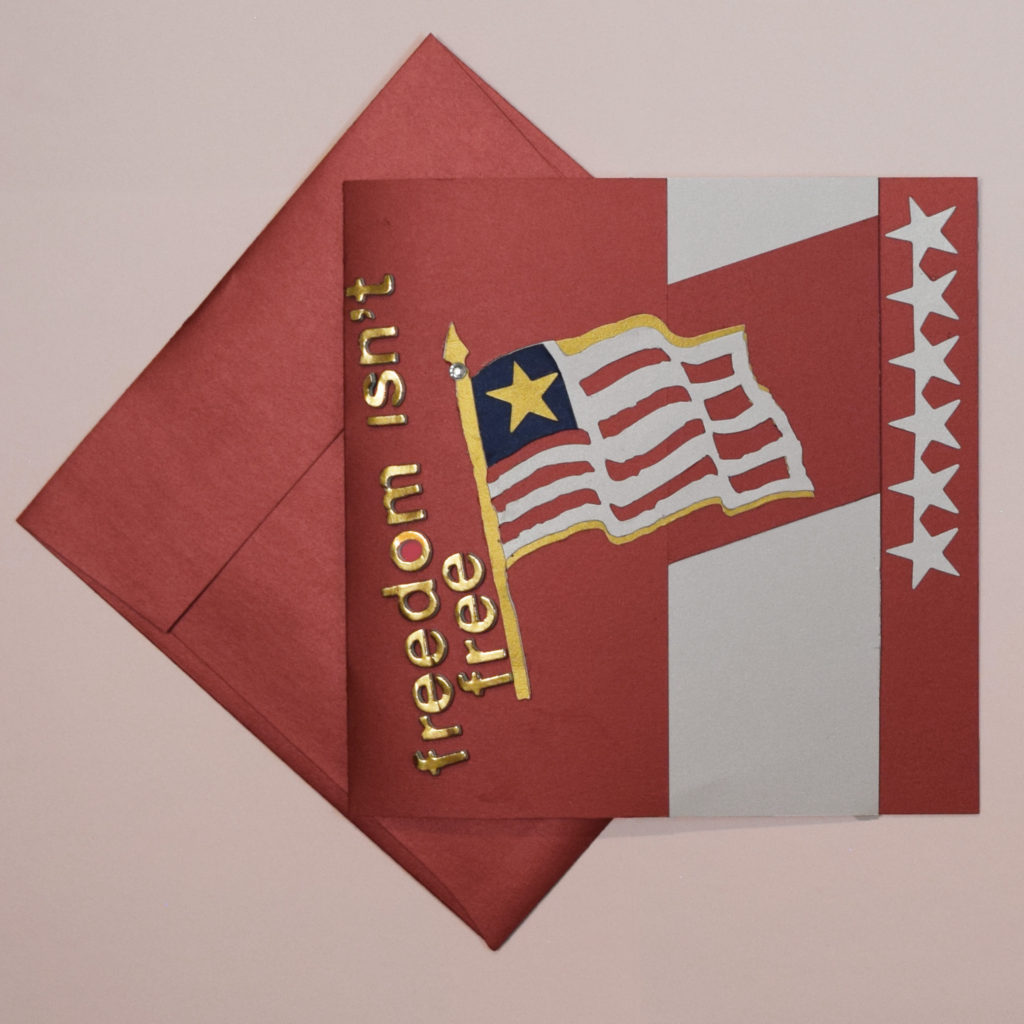 This July’s card is dedicated to Veterans this July 4th. In this Freedom Isn’t Free Card celebrate the ones who took the call to action to defend our freedoms. We want to thank all the men and women who have served in all branches.

The envelope that holds this project is Mars 7.5-inch square envelope.

To build the card:

For the front of the card:

The red diagonal stripe on the front is attached after the flag is made so you can adjust the angle to where you place the flag. I used a strip of Mars 3-inch x 5-inch. It provides the red stripes in the white flag. Using Tim Holtz Alterations, Old Glory, cut the flag and the stars in, Pearl White and PureGold. Cut just the solid blue part of the flag using a small piece of Blueprint text. The main flag is Pearl White. Cut the flag pole off the Pure Goldflag and referring to the photo cut the top and bottom stripes off the flag. You can add the gold star now or later after cutting it from the rest of the gold stars.

Glue the flag down and apply a little glass bling at the top of the pole, as shown. Add the letting for the Freedom Isn’t Free to the left of the flag and you are all set for the outside of the card.

For the inside of the card:

Glue the Pearl Whitestars the paper that shows when you close front flap. Print out the message for the inside of the card on White on a 8.5-inchx 11-inch and trim to size. Using ScorTape, attach it to the inside. 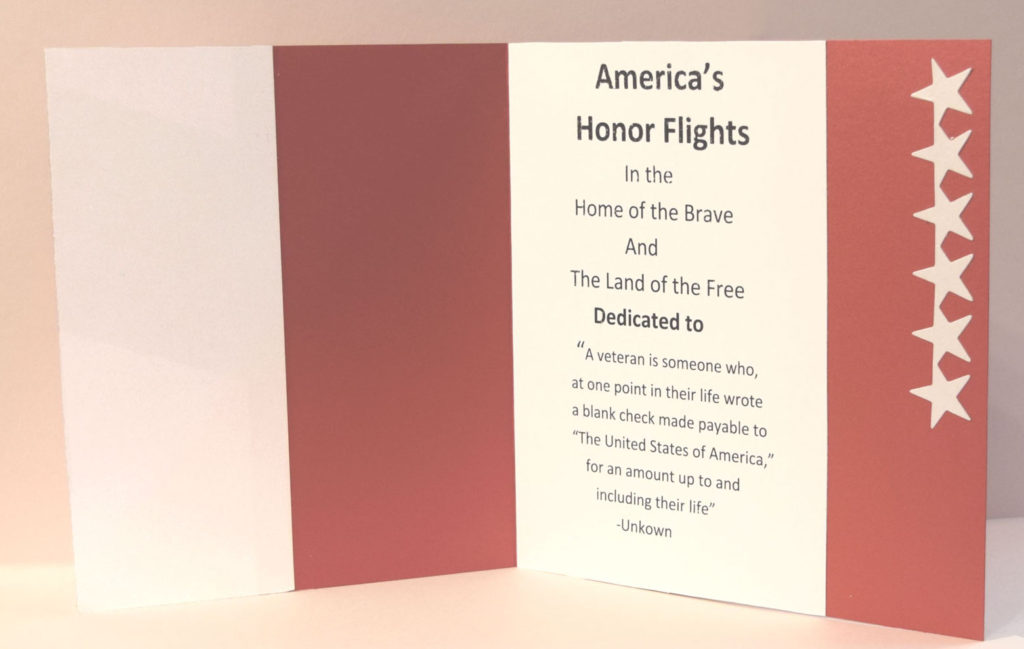 Paper materials used in this craft:

Other materials used in this craft: