How Paper Changed the World

How Paper Changed the World

In the mid-15th century a German goldsmith named Johannes Guttenberg developed a system that used movable components to reproduce the text of a document—the printing press.

Guttenberg’s printing press is now widely credited with laying the foundation for mass literacy. It removed the laborious task of copying text by hand and crashed the unit price of producing books, effectively sparking the spread of scientific and revolutionary ideas around the world. Along with the Germ Theory, it is generally considered as one of the most important breakthroughs of the last millennium. 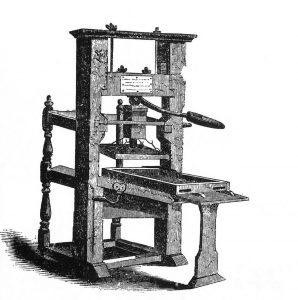 Guttenberg’s Printing Press heralded a period of mass literacy in Europe and around the world.

But there was only so much Guttenberg’s invention could have achieved without a suitable medium like paper to print on. Invented nearly 1500 earlier, paper was in so many ways the perfect medium for the printing press.

Indeed, when it comes down to the business of printing, there are no proper substitutes for paper. Paper just manages to tick all of the right boxes; it is significantly light weight, flexible and yet remarkably durable. The technology itself is pretty straightforward and manufacturing could take place in small cottage enterprises just as in huge industrial complexes. Perhaps most significant of all, the production of paper from cellulose extracted from plants meant that supply was sustainable.

Before the invention of paper, ancient scribes and calligraphers recorded text on clay tablets, papyrus and later parchment. All of these writing media were cumbersome, expensive and most crucially unsuitable for mass production or printing.

Clay by nature is heavy and cumbersome to work with. Papyrus provided an affordable alternative but it is fragile and susceptible to moisture and dryness. Parchment, made from the fine skin of cattle is great for writing but it is nonetheless an unsustainable option for mass production, with the skins of 250 sheep required to make one parchment bible. Paper has the distinct advantage of being suitable for both printing (automated) and hand written (manual) purposes. 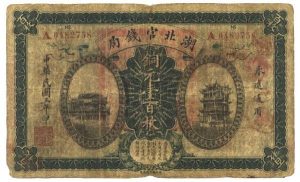 Merchants in ancient China were the first to adopt the concept of paper money.

Paper also revolutionized trade and commerce. The earliest paper money was issued to merchants and traders in 13th century China as promissory notes backed by precious metals. It provided a durable, lightweight alternative to transporting bullion, in addition to providing the much desired layer of safety.

The eventual adoption of paper money or banknotes around the world, resulted in an exponential increase in the volume of local and international trade, effectively laying the foundation for today’s interconnected global financial system.

In the nearly 2000 years since it was invented in ancient China, paper has evolved remarkably in its appearance, manufacture and usage. Recycling is now a major part of the paper manufacturing industry and the ubiquitous rise of digital media has seen a decline in the amount of printed copy in circulation while electronic payments may yet spell the end of banknotes. 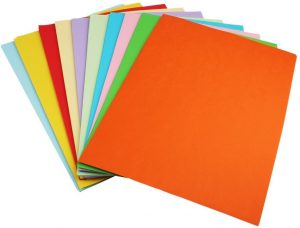 Paper has remained an enduring feature of modern life.

In all of these, paper has nonetheless remained an enduring feature of modern life and will continue to be so well into the foreseeable future. Many today, still prefer the feel of a book or physical newspaper. They also appreciate the intimacy that comes with opening an envelope to read a handwritten letter or a greeting /invitation card.

Paper is also the obvious choice for doodling, jotting and mind mapping. It is the birthplace of some of the biggest ideas in human history and it will continue to remain the favorite “laboratory” of most creative geniuses.

For your quality paper of all types and sizes, envelopes, cardboards and more, visit paperpaper.com