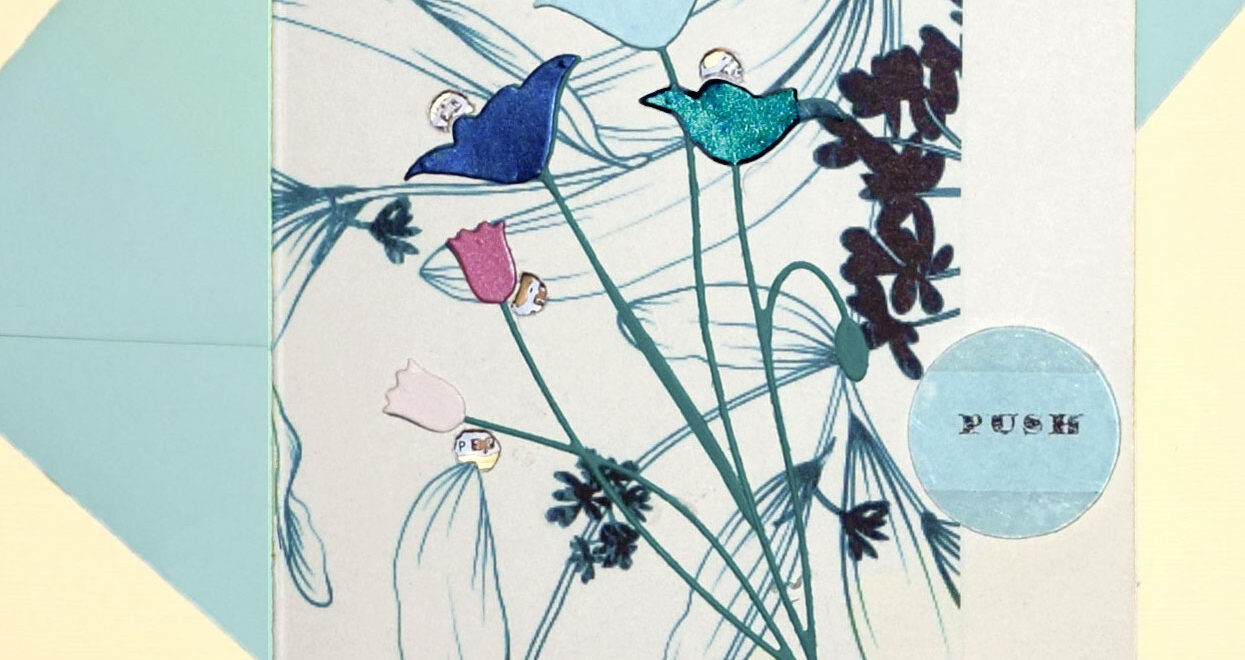 This super bright LED Paper Flower Card and perfect for any occasion! With this tutorial below we are sure you are able to make a card just like this or customize it to the way you like it! We hope you enjoy making this card!

This fun little card/toy is battery powered with (2) 3-volt coin batteries, # CR2032. It is on a copper tape circuit. The photos show the pattern of the placement of the copper tape. I did cut the tape in half since the Chibitronics LED circuit is a closely placed pattern and the LEDs have to touch 2 of them. I did tear the tape and overlap it. In some places, I used wider tape. The secret was to use a bone folder to really and truly flatten that tape down into a smooth circuit. The paper was heavy but too flexible to support a steady circuit, so I added a second layer of paper to the back of the card. I put magnets inside so that the battery could be changed. The Extract, Aqua, A7 envelope, Euro flap is 5.25″ x 7.25″. Since the card is a little thicker I cut the card to 5″ x 6 3/4″. The leaf design is a free online design by Freepiks.com: I am grateful for the lovely design and have used it more than once. I did the front of the card and then cut the holes and did the circuit. Keep referring to the photos.

We hope you enjoyed making this LED Paper Flower Card! Make sure to tag us on Instagram with your creations! We would love to see it!